You are here: Home / Your Whale Watch Skipper: Colin Barnes

Colin Barnes, the owner of Cork Whale Watch, has immersed himself in the marine wildlife of the West Cork coast for more than 45 years. Here he explains a bit about his background, and an enduring passion for marine  wildlife that led him to set up as Ireland’s first dedicated whale watching operator. 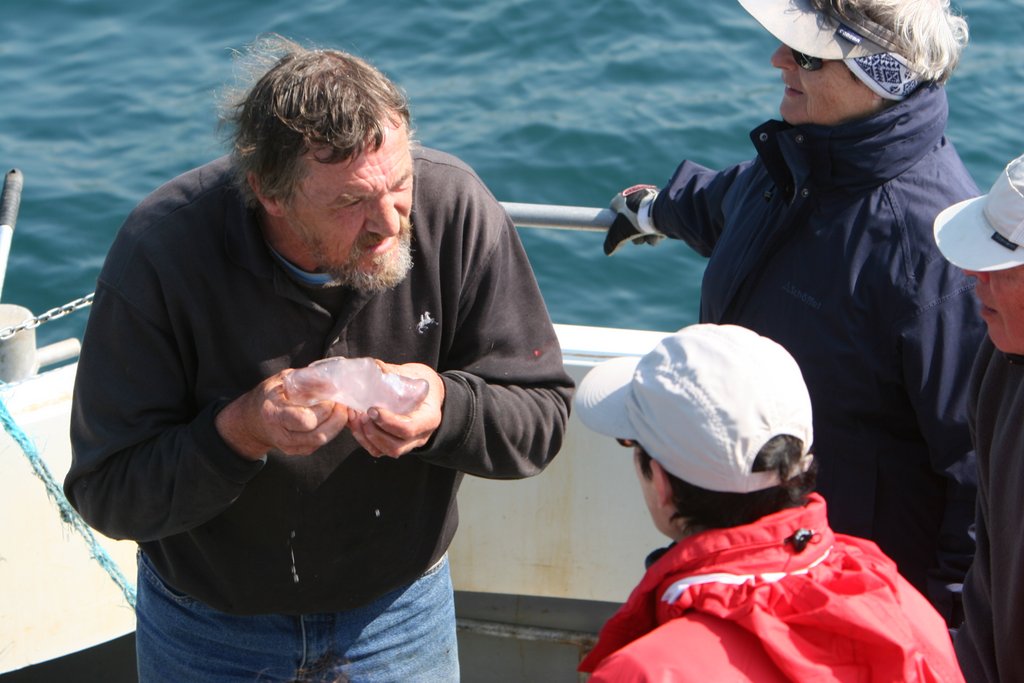 I began fishing in UK waters in 1967 and continued until 1972, when I moved to Ireland. I have spent the last 45 years on the seas off West Cork, both making my living and continuing a lifetime’s study of the area’s marine environment. For most of these years, I was engaged in commercial fishing, with intervals of angling charters, diving trips, scientific and topographical surveys, and more recently, whale watching trips.

I have kept records of all activities: fish stocks, weather, plankton levels, sea temperatures and more from 1973 to the present day. Using sonics and electronic navigation, I have explored, fished and mapped 2,500 square miles of the sea bed off the West Cork coast. All of my fishing activity used selective, passive gear, i.e. pots, gillnet and longlines, aimed at selected species, with no bycatch or discards, waste or damage to the sea bed.

In the year 2000, I gave up commercial fishing to move into eco-tourism in 2001, with whale watching off West Cork as my main activity. Some seventeen years on, I have extensive records of year-round whale, dolphin and porpoise activity, which provide compelling evidence of how important West Cork is to cetaceans.

Since 2001 I have worked very closely with the Irish Whale and Dolphin Group (IWDG), contributing records to their sightings database and making our vessel, the MV Holly Jo, available as a research platform for cetacean surveys and research trips. I worked with the IWDG to develop recommendations for responsible Whale Watching and Marine Eco-Tourism, and I am co-author of the recently published ‘Photo-Identification of Fin and Humpback Whales off the South Coast of Ireland’.

Irish Whales and Dolphins on Radio and Television

Over the last 16 years I have collaborated on numerous wildlife programmes with independent production companies and national broadcast organisations like RTÉ and the BBC. Programme credits include ‘Wild Trials’ with Ray D’Arcy and Mike Brown, Tony Whelan’s ‘In Search of the Irish Humpback’,  Tom McSweeney’s maritime news reports, Colin Stafford-Johnson’s ‘Living the Wildlife’ and most recently the BBC’s iconic Springwatch, Autumnwatch and Winterwatch franchise working with wildlife presenter Iolo Williams and cameraman Gordon Buchanan.

Year after year, my clients, many of whom have travelled the world observing whales, are astonished by the quantity and diversity of whales and dolphins which we encounter from as early as April through to December. International whale watch specialists have declared the cetacean activity in the coastal waters of West Cork to be of global significance. We look forward to sharing our experience with you.